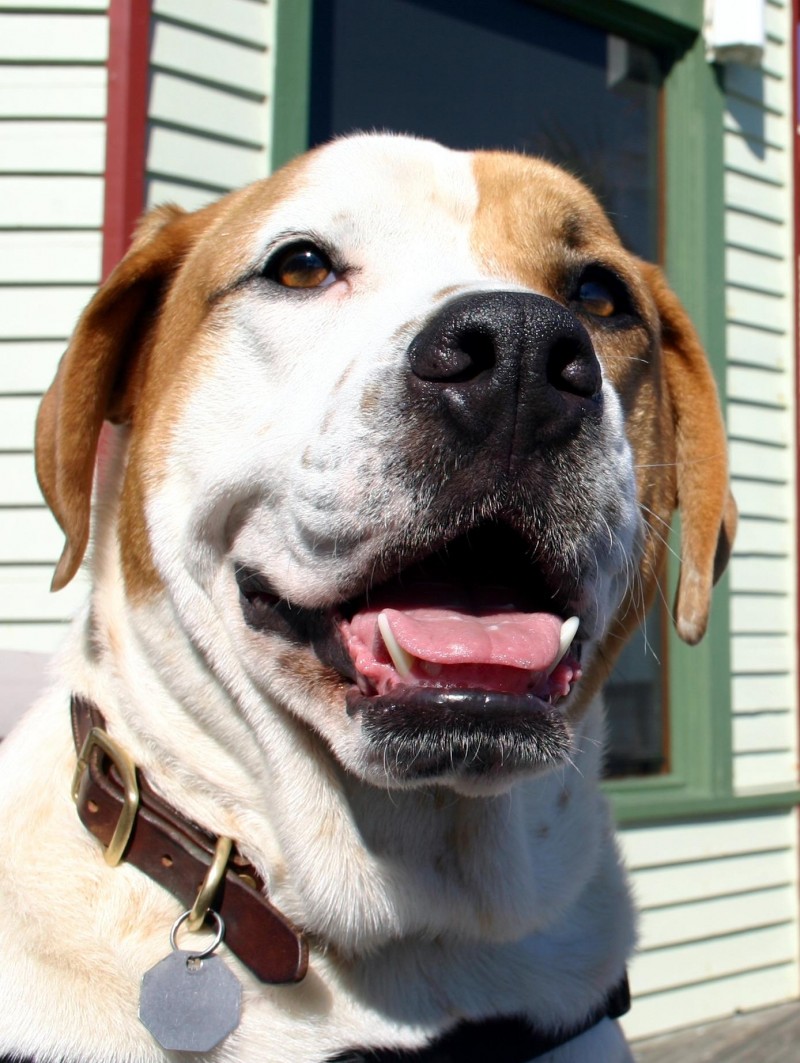 The inspiration and driving force behind insightout’s choice to breed Olde English Bulldogges, came from our relationship with Emmett, our English bulldog mix companion.  We adopted Emmett shortly after our children grew up and started lives of their own. He came at just the right time to fill the void and consume all of our displaced doting emotions.

Adopting Emmett was a difficult commitment after the loss of Connor, our Scottish Terrier companion of 13 years. Connor joined our family when the kids were still in elementary school, so he was raised right along with them for the majority of their childhoods. Connor was such a big part of our lives that when he died, I was so grief stricken and selfish, I couldn’t bear the thought of loving and losing again. After nine months of heartache, I realized it wasn’t just about what Connor gave to me, but also about what I gave to Connor. I had plenty of love to share. I know now that without Emmett we would have missed a very enriching time in our lives.

In the early days, Emmett went everywhere with us. We traveled all over the U.S. together. Our favorite trip was to Yellowstone and the Grand Tetons. It was on the return from this trip that Emmett’s broken body revealed itself.  His faulty hips were quickly diagnosed as severe Canine Hip Dysplasia. We scrambled to find a fix for this crippling hereditary disease.

Canine Hip Dysplasia is a condition that begins in young dogs as instability of the hip joint. As the dog bears weight on it’s hip during normal activity, the head of the femur (the ball) comes out of the acetabulum (the socket) as far as the joint capsule and ligament will allow.  The joint capsule and ligament gradually stretch out causing abnormal wear of the cartilage. Cartilage wear leads to bone spurs and joint thickening which results in osteoarthritis or degenerative joint disease. 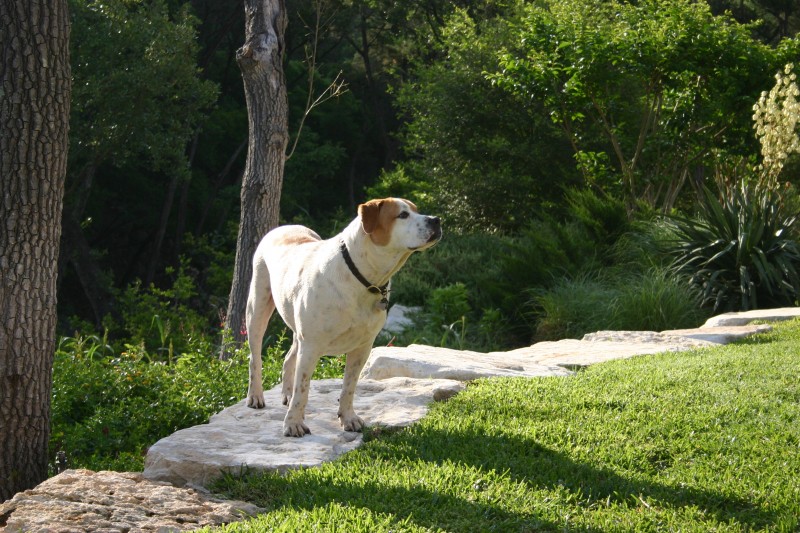 The causes of Canine Hip Dysplasia are considered to be multifactorial, including both hereditary and environmental factors. If we had known that our brand new hardwood floors were contributing significantly to Emmett’s deterioration, we would have put down the thousand scatter rugs much earlier. Mild repeated traumas, like slipping a little here and slipping a little there on the slick hardwood floors, hastened the symptoms and severity of his disease. We also would not have worshiped our sweet puppy with food. Rapid weight gain and growth from too many calories as a wee puppy create irreversible joint stress. Overfeeding a puppy most assuredly will compromise it’s health.  We could not undo the damage done to Emmett’s joints due to our ignorance. 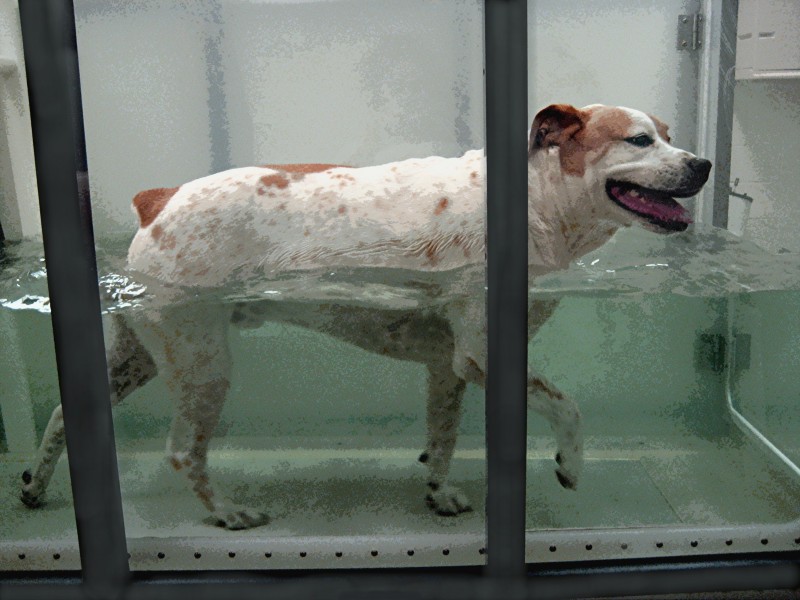 The treatment for Canine Hip Dysplasia varies from dog to dog. We opted for the state-of-the-art total hip replacement to afford Emmett the best quality of life for the longest amount of time. When Edog recovered from his hip surgery, he could romp and play pain free once again. Unfortunately, the mobility blessing created too much stress on Emmett’s weak knee joints. Over the next three years, Emmett had TPLO surgery on both knees, water treadmill therapy at Texas A&M andacupuncture therapy to give him some relief.

While researching the bulldog breeds I discovered the Olde English Bulldogge.  The Olde English Bulldogge was inspired by the extinct 19th century bull baiting dog  The goal  is an even-tempered, athletic dog without the violent temperament of the original breed.  David Leavitt used line-breeding , developed by the Ohio State University, to produce a foundation stock that was 50% bulldog and the other 50% was equal parts Bullmastiff, American Pitt Bull Terrier and American bulldog.

Today, the Olde English Bulldogge is under much scrutiny due to the comprised breeding standards of some breeders.  Emmett’s painful journey coupled with our desire to produce healthy, happy puppies spurred the creation of insightout Kennel.  Insightout strives to contribute to the betterment of the breed.  We respect the integrity of the Olde English Bulldogge breed and partner with our dogs to produce quality representation to share.