John adopted two bulldogge puppies at the same time!  He is providing an awesome home for the brother & sister team in Montreal.  He has his hands full but manages to keep us updated through phone calls.  It is always such a treat to hear from him.  His accent and his dry humor are so entertaining.  I suspect he also gives the pair of puppies a run for their money equally as much as they do him!  John’s email with updated pictures: 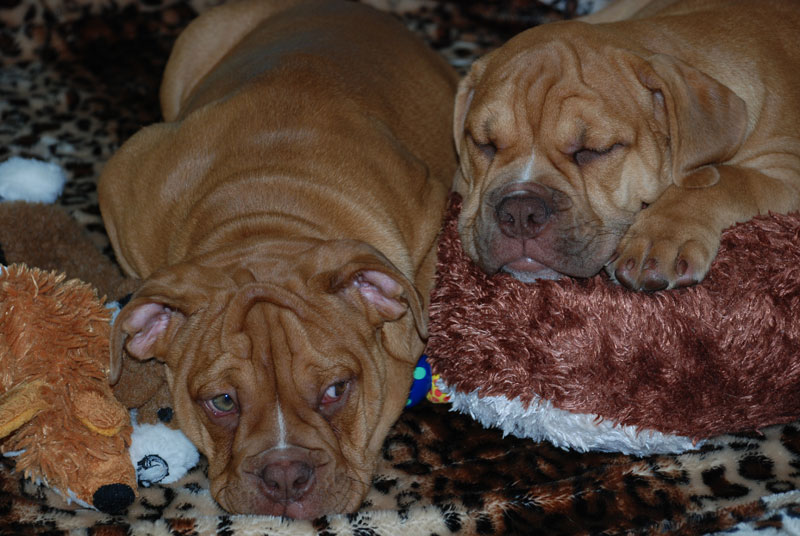 both dogs are well but still pains u know where

hope you can open the pics

Thinking about adopting a puppy that is basically the same colors as your two. Could please email me a pic or two of your dogs so I can get a better idea of what these pretty puppies will look like as adults. The puppy I'm interested in is also from the same breeding pair as yours according to the Bobbie. The Shah Family in Maryland